It was in the early 1950’s that George Baldwin caught wind of a need for better truck lighting. Early mounted safety lights had a horrible history of breaking due to leakage past the lamp lens. In an attempt to better product and reduce truck fleets’ costs, Baldwin began buying parts from other companies, and took a stab at producing a high quality,more cost-efficient safety lamp.

While purchasing plastic mounts and lenses from Sylvania, Baldwin bought baseless bulbs from GE. He then began mounting the two in the kitchen of his home. He created a seal between the lens and housing using eyedroppers and syringes. Baldwin used a solution that broke down the materials, melting the components together. The completed project was his first attempt at improving the life of a truck lamp.

Upon seeing his new finished product, Freuhauf, a trailer manufacturer, decided to buy Baldwin’s product. The leak-free lamp decreased the defects normally caused from water and chemical damage to bulbs. The sales, however, became overwhelming for a single man to produce, so Baldwin brought on a few friends and neighbors. Baldwin had them putting together the lamps at their own kitchen tables. They would stop by to pick up the raw pieces, and would come back later to drop off the finished product. Baldwin’s house turned into a laboratory, with his kitchen sink taking on the responsibility of a leak-testing center. Running tests of hot and cold water submersion, Baldwin developed a testing procedure to reduce occurrence and damage from leakage. His operations were homegrown, but the results proved innovative to the market.

With the quality and innovation he built his business on, Baldwin eventually moved his operation into a factory, and Truck-Lite Co. as we know it was born.

A problem fleet owners ran into was the constant vibration of the bulbs within the lamp. The bulbs were being damaged due to the rigorous movement of the truck. That is when Truck-Lite instituted the shock-mounted bulb feature in it’s lamps. The shock-mount was a way to put a suspension unit in to the lamp to mount the bulb. While the shock unit absorbed much of the vibration, the bulb wasn’t as susceptible as before, and became less likely to break.

Development expanded by leaps and bounds for Truck-Lite as the years passed. It was Truck-Lite’s LED Stop/Turn/Tail lamp that paved the way for the usage of LED lighting in the industry. Truck-Lite’s LEDs emit light while using much less power than a standard incandescent bulb. More importantly, they carry a life span of up to 100,000 hours.

Our products have been copied time and time again – but our quality has never been met. Truck-Lite remains as the front runner in safety light innovation. 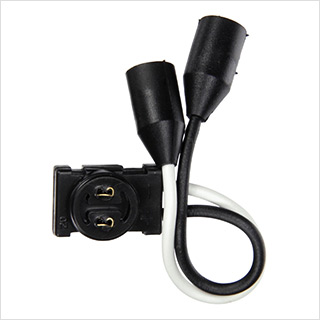 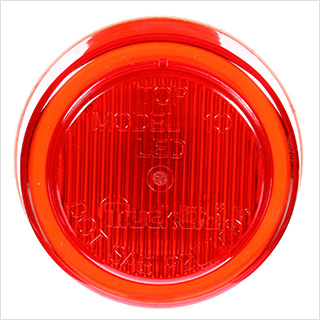